Bandai has released a teaser image show casing two upcoming releases in the Figure-rise Standard line of model figures. Android 18 and Android 17 are officially in the works and “coming soon”. There’s no official release date yet and there’s no mention of them on the Shonen-Jump release calendar either, so it could very well be several months out.

If we had to speculate on the price, I’d say they’ll retail for around the same as previous Figure-rise Standard releases, which could put these two releases some where between $24.99 and $29.99. Though this is obviously subject to change.

Check out the teaser image below and let us know what you think in the comments section! 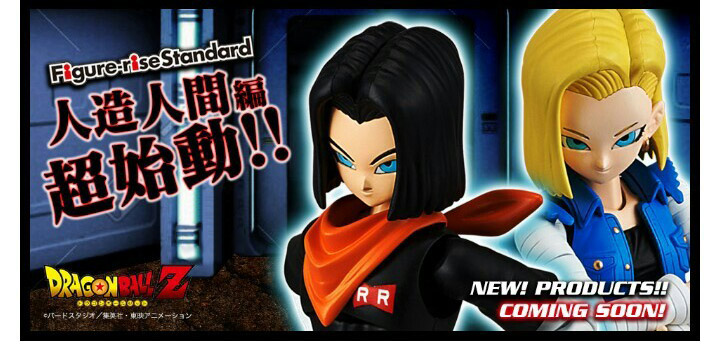