Banpresto’s Super Master Stars Diorama line was revealed at Jump Festa last year and it’s slated to launch with the first release being a Super Saiyan Son Goku figure. As some of you may have noticed, all of the “Master Stars” lines from Banpresto have launched with a Super Saiyan Goku figure and the second release is usually a Vegeta figure. There’s no telling if that will be the case with this new line, but if history is any indicator.. then it very well could be the case!

As has been the trend with the “Master Stars” figure lines, this release will come in four different coloring finishes; Brushed, Brushed 2, Original and Black and White Tones. The figure will go on sale May 28th, 2017 and will measure in at a height of 18cm.

The Super Master Stars Diorama ‘Super Saiyan Son Goku’ figure will be first distributed via the Ichiban Kuji lottery, which is only available in Asian markets. If you’re lucky enough to be able to participate, the tickets are available in Japanese convenience stores, Shonen Jump stores and Namco Game Centers. 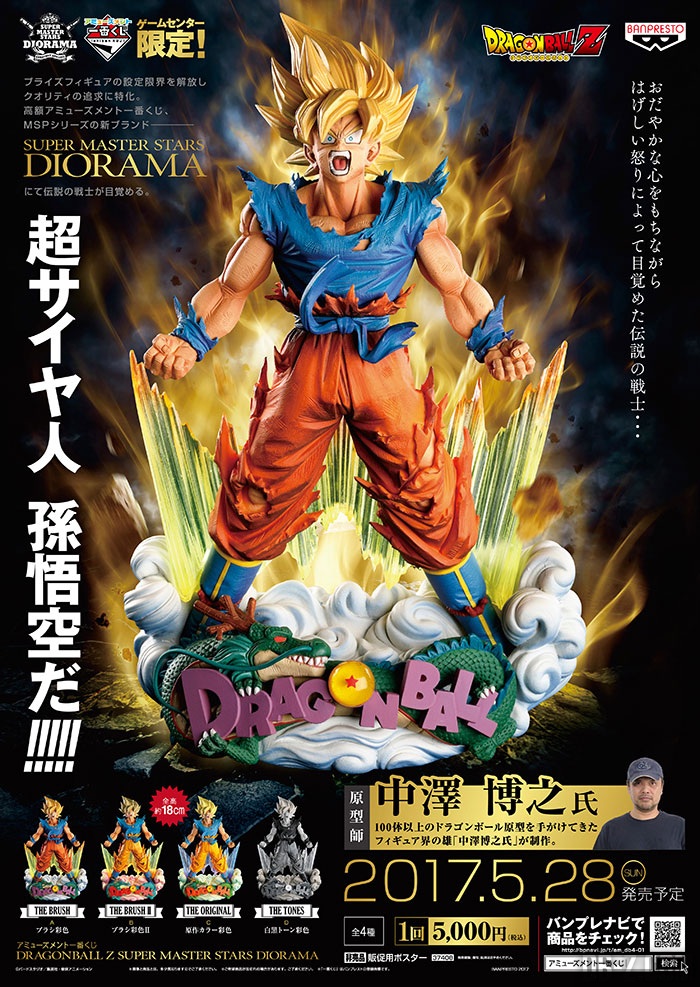