Everyone’s favorite Dragon Ball themed keychain figure line is back with its 29th series! The figures are slated for release in December, 2017 and will consist of the following characters:

The figures will be retailing for about 200JPY each and measure in at 4cm in height. 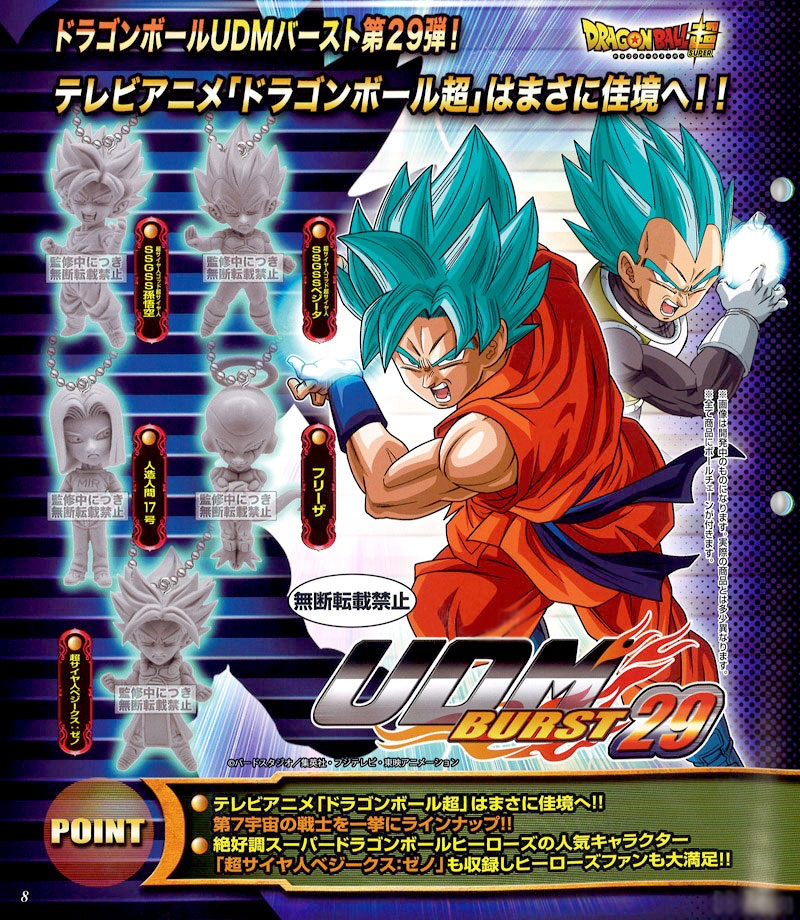