Banpresto is expanding into its next figure in this new iteration of the Master Stars Piece line with The Vegeta. Super Master Stars Piece: The Vegeta will follow suit with the previous release, Goku, in that there will be four finishes available. As shown in the photo below, The Vegeta will have a Brush, Original, Tones and Two Dimensional version. The figure measures in at a height of 30cm, which is slightly smaller than the Goku release. The figure will be available for purchase on April 29th, 2017.

These figures will be available via Ichiban Kuji, a lottery organized by Banpresto. Collectors may participate in the lottery through buying ¥500 tickets in Japanese convenience stores or toy stores like Jump stores. Ticket prices may vary, depending on what items are being offered. While at first these figures may only be available via the Ichiban Kuji lottery, they typically end up in retail stores and are offered via online retailers to international buyers quickly. 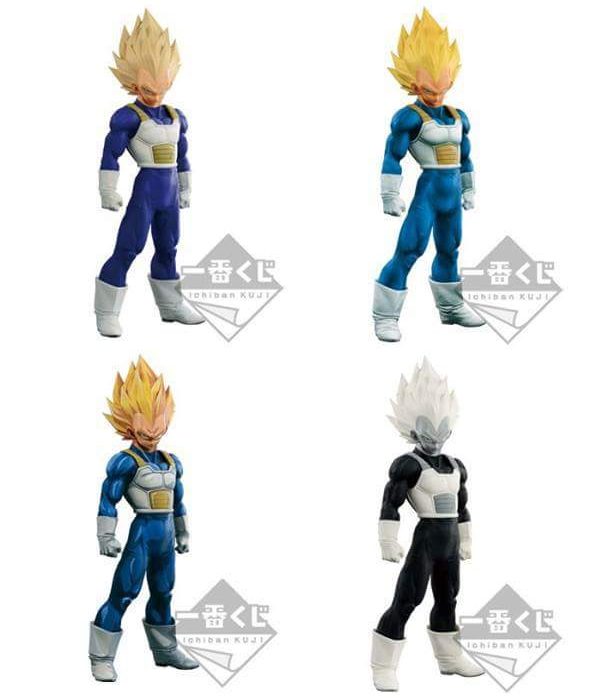