As we all know Warrior Awakening Goku isn’t a web exclusive, like most of the SH Figuarts releases. This means the figure is subject to being re-issued, like just Super Saiyan Goku, Super Saiyan Gohan and Piccolo.

This being said we will be seeing Warrior Awakening Goku re-issued in June, 2016, which is awfully fast for a re-issue considering the figure was initially released only months ago in November, 2015. 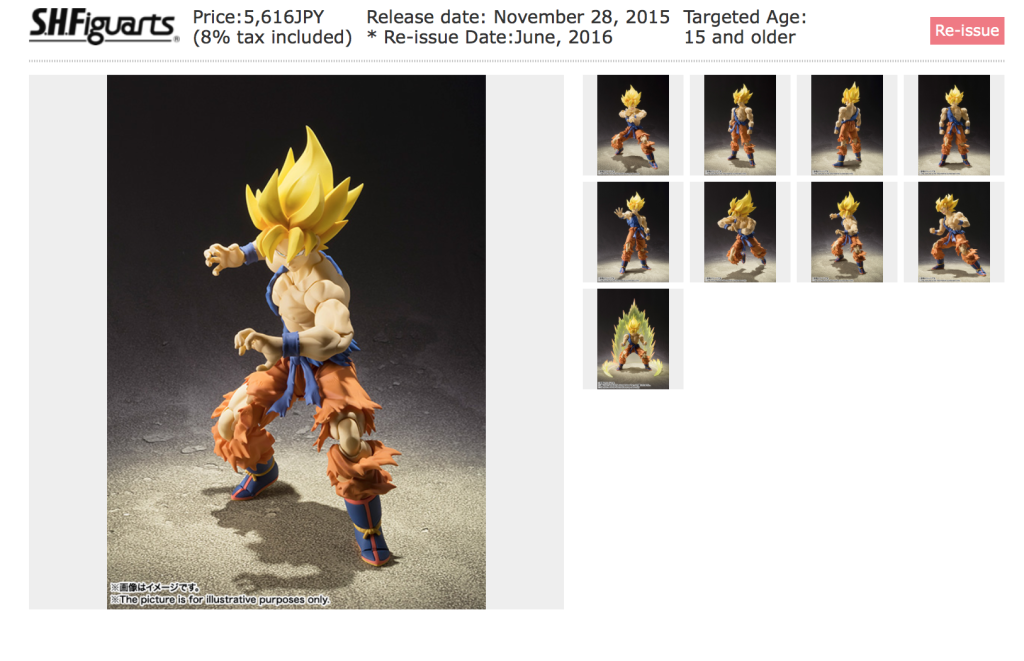