Photos of the upcoming SCultures 6 Android 18 figure are circulating the web. The photos show a prototype Android 18 figure sitting on a desk next to a computer. What’s on the computer screen? A 3D modeling program with the draft of the figure!

Pretty cool to see how these figures come to fruition, from a 3D model, to prototype and eventually a final product! 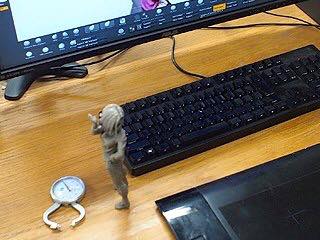