For North American consumers, the figure will likely cost $39.99 like other “normal” sized SH Figuarts releases in the Dragon Ball Z line. 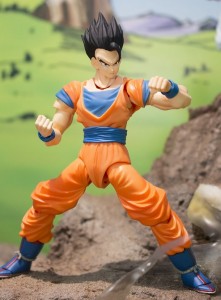 Don’t forget that before Ultimate Gohan is released there are two other figures already accepting pre-orders online like Vegetto and the Gohan reissue.