The North American Dragon Ball Tour announced three new date and a new exclusive figure today. The tour will be stopping in the Pacific North West for a date in Portland, Oregon. Then hitting up Toronto, Canada and New York City.

Beyond that they’ve announced a new event exclusive. So in addition the Vegetto exclusive we will be seeing a new SH Figuarts Broly variant. This will be the third time this figure has seen release. 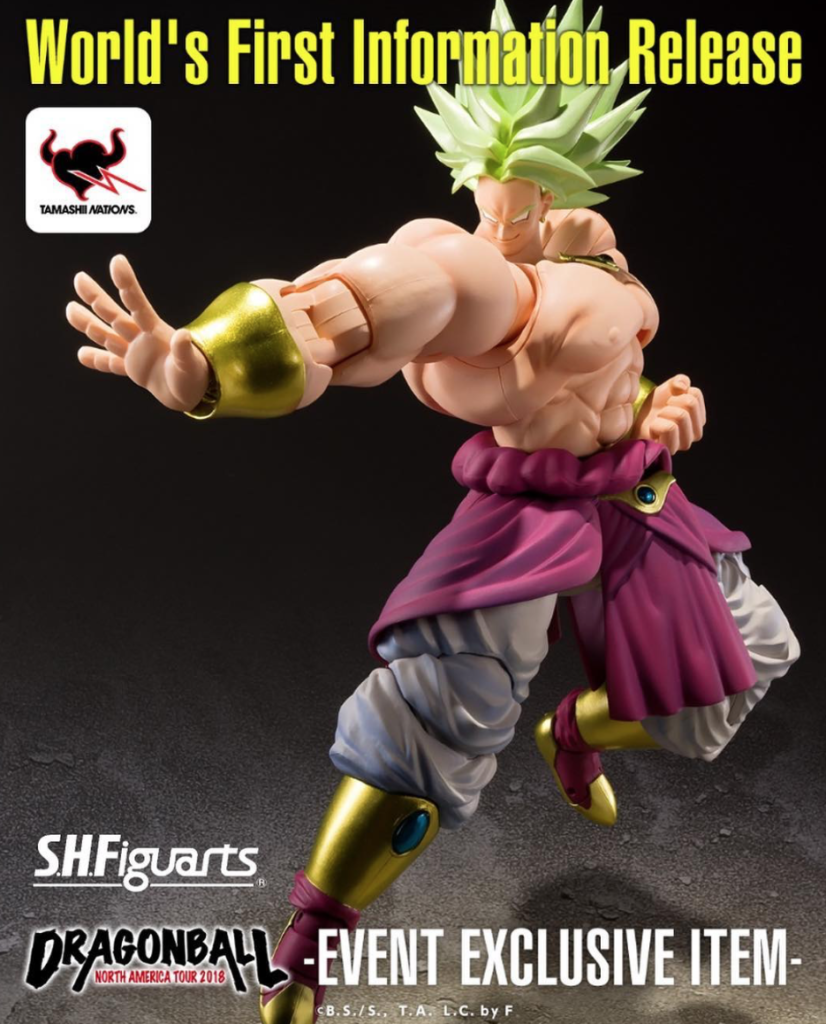