New Figure-rise Standard model kits of Goku and Vegeta are slated for release in honor of the upcoming Dragon Ball Super: Broly movie.  The model kits will be priced at a modest 2,700JPY / $23.99~ and be released November, 2018 via Japanese retailers. Additionally, each figure will come with its own ki blast effect. 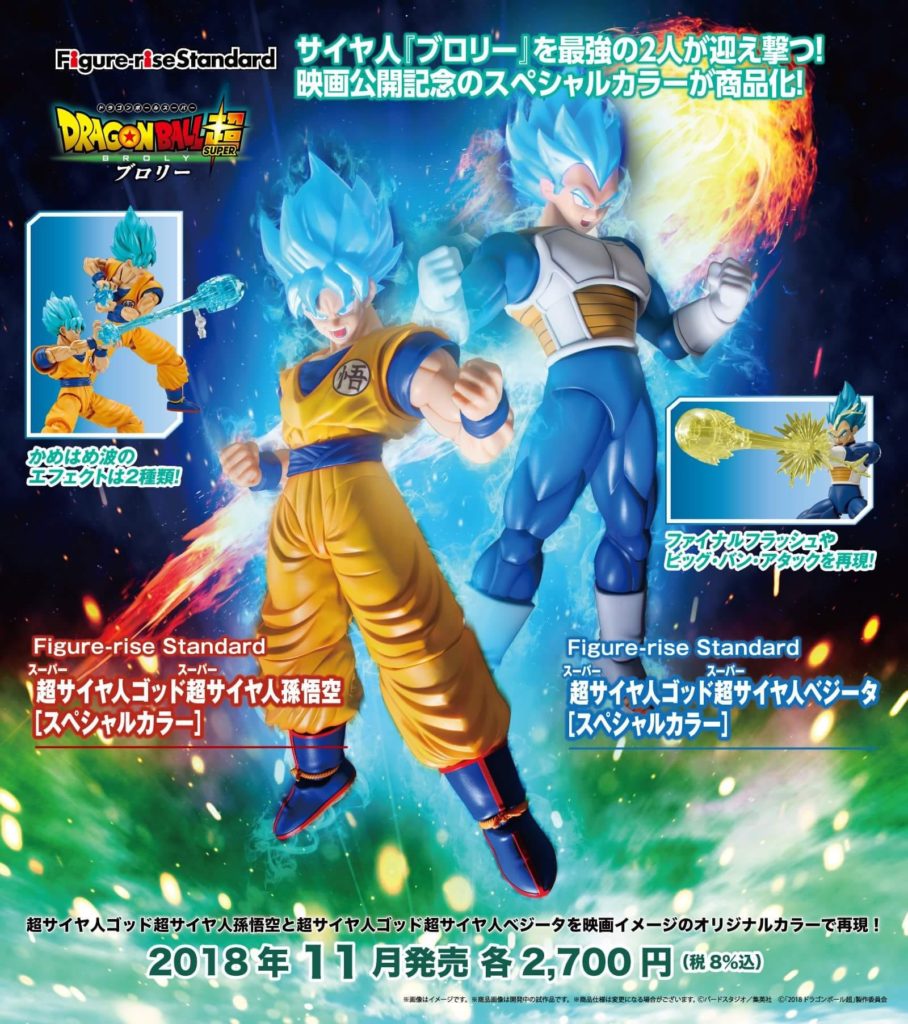 Worth noting; the Figure-rise Standard Broly model kit comes with additional faces for both of these kits. The Figure-rise Standard Broly kit is set for release in January, 2019, fresh off the heels of the movie release. The faces for both Goku and Vegeta express pain, which is pretty appropriate considering they’re come packaged with the Broly kit.

You can see them in the promotional photo for the Broly model kit below:

Dragon Ball Super: Broly will see its initial release in Japanese theaters on December 14th, 2018. For those of you reading from North America, you can expect to see the movie see a limited theater run in January, 2019.