So the biggest news in recent history in the Dragon Ball world is the new anime, “Dragon Ball Super“, that is due for its debut in July 2015. Well the first new episodes in 18 years are going to be accompanied by a manga series that will make its debut in the August issue of Shueisha’s V Jump.

As previously mentioned, the anime’s character and story are both credited to Akira Toriyama, however the manga adaptation is credited to Dragon Ball Heroes: Victory Mission author Toyotarō. 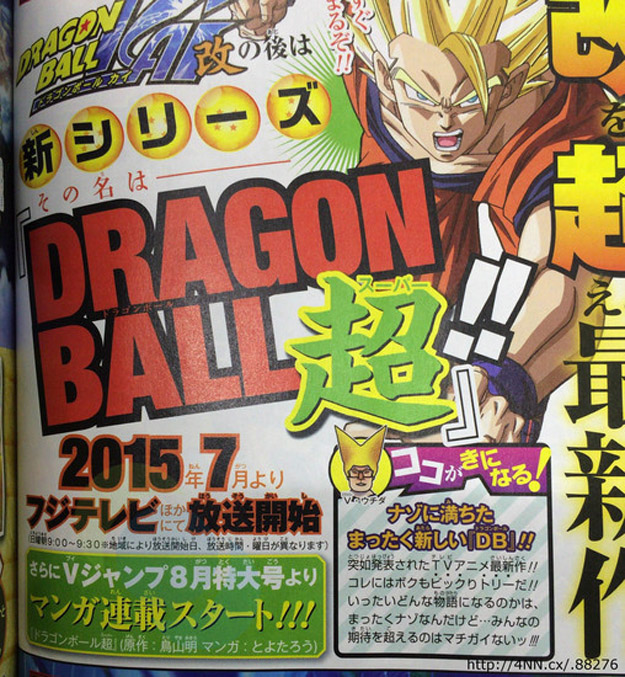