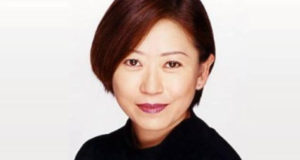 The Japanese language voice actress for beloved Dragon Ball character, Bulma, has passed away at the age of 57. In addition to her role as Bulma, she also voiced the characters of Tights, Bra and Baby Trunks.

Beyond voicing characters in the Dragon Ball franchise, her work extended to Dokin-chan in Anpanman, Ukyo Kuonji in Ranma ½, Reiko Mikami in Ghost Sweeper Mikami, Meryl Strife in Trigun and she even branched into video games with her roll as Naomi Hunter in the Metal Gear Solid series.

According to numerous news outlets she was found in her vehicle, hazard lights flashing, with her seatbelt still on. Upon discovery she was rushed to the hospital where she was pronounced dead. According to authorities there were no external wounds or evidence of foul play and her fate is believed to be caused by illness.

Hiromi made her debut in the Dragon Ball franchise in episode one of Dragon Ball in 1986. She has since been a constant in the franchise and will be missed dearly amongst the fan base.

May she rest in peace.

About Majin Rob 670 Articles
Majin Rob is the webmaster and owner of DBZFigures.com.