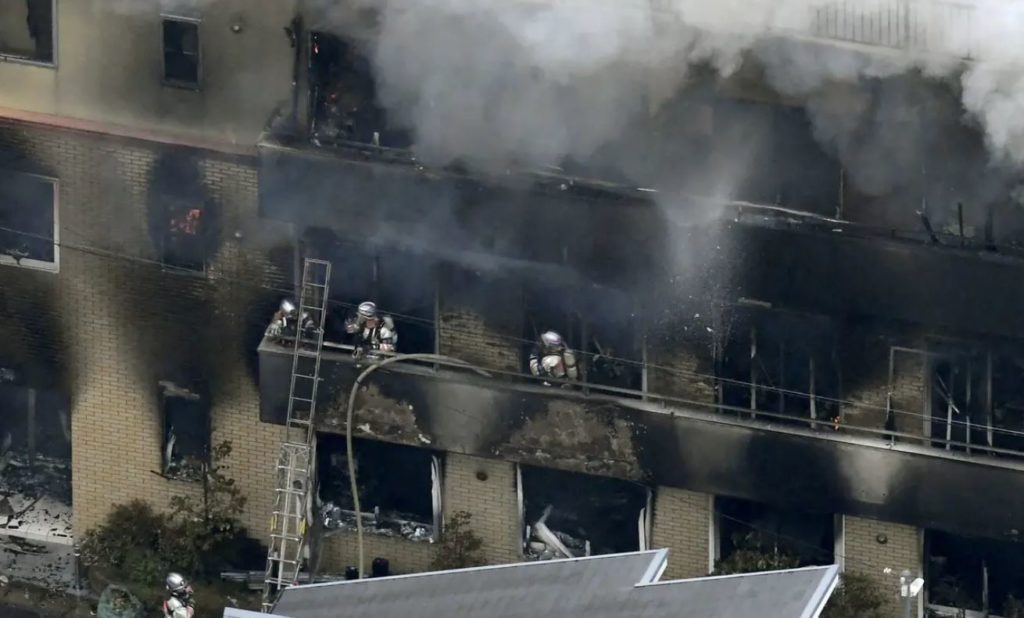 Kyoto Animation of Japan suffered a horrific loss today. A fire broke out engulfing the building. According to the Kyoto Fire Department, the fire was caused by arson. Kyoto Animation studio is known for many titles such as: A Silent Voice, Violet Evergarden, Full Metal Panic, and Is It Wrong To Pick Up Girls In A Dungeon. As of this writing; 33 people are confirmed dead. The 41-year-old suspect broke into the Kyoto Animation studio on Thursday morning and used petrol to ignite the fire. The suspect is in custody and was taken to hospital with injuries.

An official “Go Fund Me” has been created by Sentai Filmworks, a US based licensing company. They have received a gracious amount of money, surpassing their original goal of $500,000, in 8 hours. The goal has been changed to accommodate any who still wish to help.