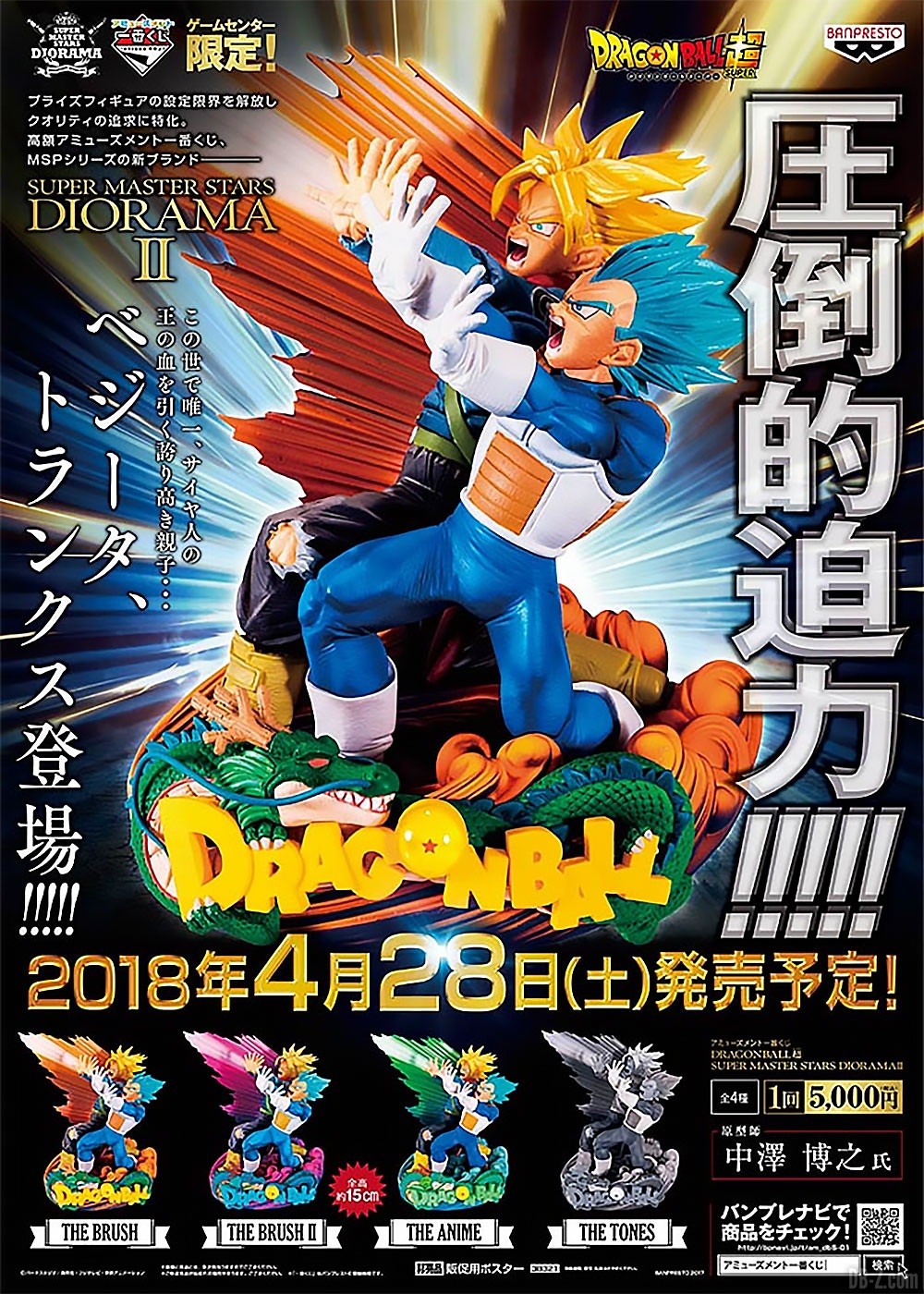 The Super Master Stars Diorama 2 statue is here and it’s a brilliant depiction of a scene from episode 65 of Dragon Ball Super, in which the two Saiyans battle Zamasu. The statue is slated to be released in four different color ways:

The statue will be distributed via Ichiban Kuji lottery, at participating stores in Japan and France. The concept of the Ichiban Kuji is very straight forward, you go to a participating location and buy a ticket for 5000JPY. Each ticket is a winner, the only question is which statue you will end up walking away with.

The distribution (rarity) of the statues are as follows: