Pretty big news out of San Diego today! A good friend of ours was lucky enough to get behind the scenes at San Diego Comic Con 2017 and snap some photos.

Among the line up of figures was an SH Figuarts Goku Black! Not a word on a release date, as it’s much too early for that. But this protype is exciting for Dragon Ball Super fans and is what we are sure is the first of all kinds of exciting news to come out of SDCC. Also pleasing to the eye was a Majin Vegeta figure and Gotenks. Both of which are highly anticipated and desired figures among long time and new collectors alike. 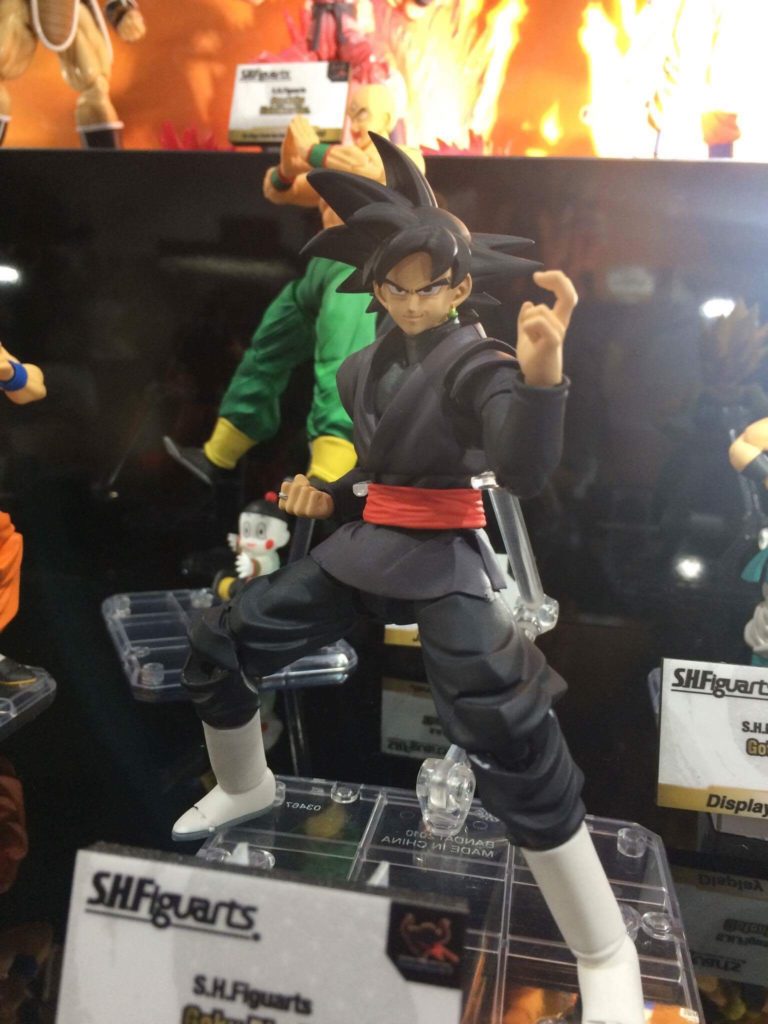 We also have a great shot of the packaging for the San Diego Comic-Con 2017 Exclusive Kaioken Goku figure! The packaging is very different, rightfully so, from the Tamashii Nations World Tour Exclusive figure.

Check out the photo gallery below for more photos of Goku Black and the rest of the SH Figuarts display at SDCC 2017, we will be updating this post with more information as photos as they become available!

Thanks to Cesar for the hook up!