Banpresto’s “SCultures 6” line up will be expanding with two special “SCultures 6 BIG” releases. Both figures will be Super Saiyan Vegeta figures and have yet to be revealed, but they will both feature varying color schemes.

The figures will be released in September, 2016 and we will be sure to post pictures of the figures as they are made available. 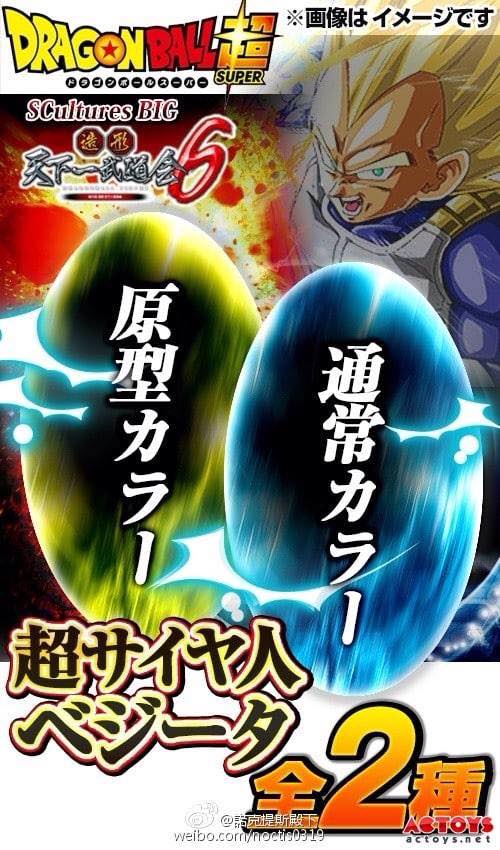