Megahouse Desktop Real Mccoy Vol. 1 is slated to be re-released in February of 2015. The figures will be priced at approximately 5,000 yen each. This news is being received very well among fans and collectors alike, as the figures are quite valuable and rare, especially in the American domestic market. 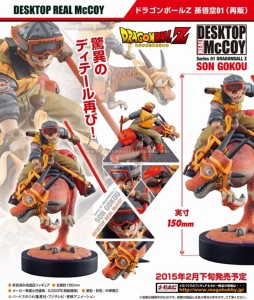