As we previously reported the Deagon Ball North American Tour would have an exclusive SH Figuarts figure and at last it has been revealed.

Super Saiyan God Super Saiyan Vegetto is the exclusive release and it appears he won’t be the only exclusive item at the show. I’d wager he will be the only SH Figuarts exclusive, but Tamashii seems to be hinting at other exclusives. 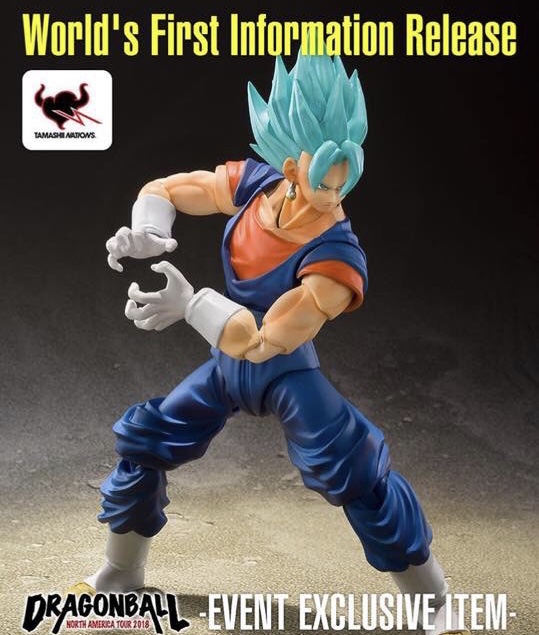