A photo has been making rounds on the internet that contains figures of Vegeta and Goku with blue hair and some fans are speculating that it’s a spoiler of new forms for the two Saiyans in the upcoming Revival of F theatrical film. The figures appear to be the keychain figures from the Dragon Ball UDM Burst series, though we cannot confirm this. 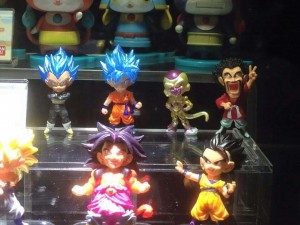 It’s even more convincing that these may be new forms for the characters as the set these figures come from also include Frieza’s new form directly to the right of them. Not to mention the Goku figure features the new symbol worn by both Goku and Vegeta in leaked screen shots from the upcoming film. 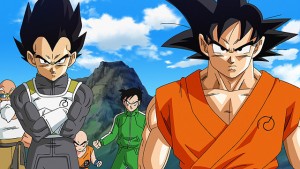 In addition to all this speculation, there’s a confirmed new form of Goku coming to the Dragon Ball Heroes arcade game in Japan, as seen below in a promotional video. So I’d personally say there’s a lot of mounting evidence. So check out the video below and stay tuned, as details emerge we will make them available!