First things first; the DOD Android 18 figure is set for an October, 2016 release. Mark your calendars, as this is coming up quick. The figure is going to measuring in at a height of 185mm, will include three different faces and (like other DOD figures) a stand. Last but not least, the figure’s retail price is going to be 8,200JPY 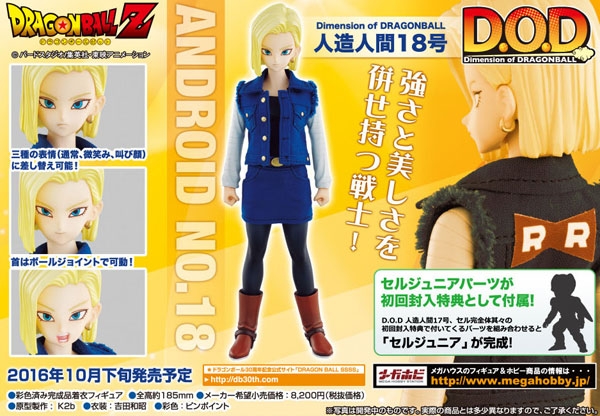 You may also have noticed the Cell Jr. silhouette in the lower right corner… well..

Apparently the Cell Jr. figures will be split up into parts. Meaning 1/3 of a Cell Jr. figure will come with Android 17, 18 and Cell and you’ll have to buy all three figures to get all of the parts to construct your Cell Jr. figure.

Very similar concept to what the Marvel Legends figures do.