Photos of the Desktop Real McCoy Bulma figure have surfaced. No word yet on a retail price, but if it’s anything like previous figures in the line we can guess it’ll retail for roughly 5,000 ¥.

The figure will be released in Japan in March of 2015. 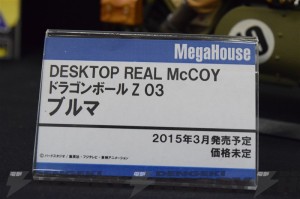