This latest Ichiban Kuji is especially exciting, as there are 11 total prize lots available, including a “Last Chance” and “Double Chance” prize.

The “Double Chance” prize works a little differently than the “Last One” prize. After a customer purchases a lottery ticket they should exchange it for the corresponding prize, as per usual. However, each ticket has an entry code that participants may enter on Banpresto’s website where they are informed instantly if they have won. Typically the “Double Chance” prizes are variants of other figures in the lottery. They may feature altered poses, different color ways and more.

The prize line up is as follows (with poorly translated descriptions from Banpresto’s website):

Prize A: Super Saiyan Goku
Legendary warrior finally wakes up with anger to Freeza. . . !
Scenes that Goku changed for the first time to super saiya figurines with a new brand “Master Rise E Moving”!
You can enjoy 3 patterns of Goku depending on the accessory parts. Clarify the moment when the legend awakens! ! 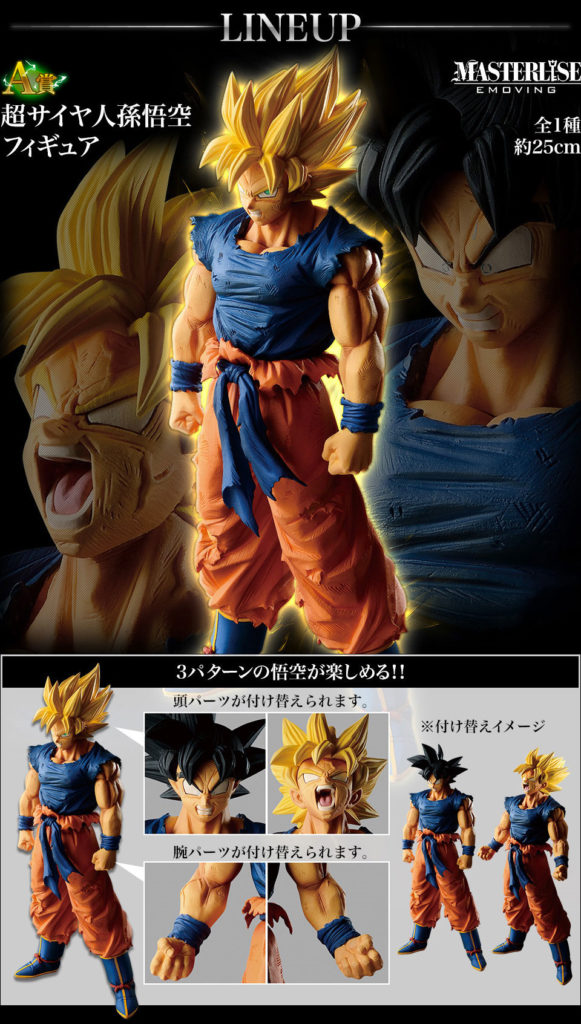 Prize B: Super Saiyan Gohan
Gohan at the moment I woke up by anger to the cell,
It becomes a figure by powerful modeling!

Prize C: Majin Vegeta
Manipulated by the magician Babidi,
A lineup of Vegeta that turned into a devil!
While being manipulated, for pride as a warrior, for the family,
For the sake of ourselves, I will take all of my self and challenge the devil maneuver,
It is made into a figure by transcendental shapes!
That power is a must-see! 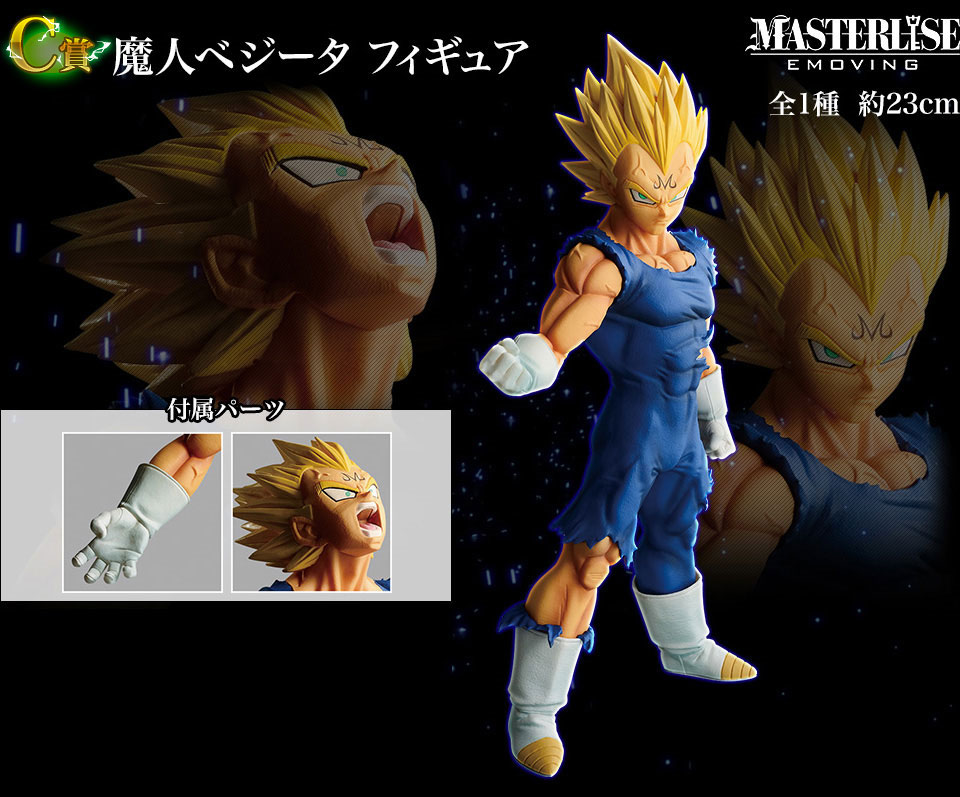 Prize D: Ultra Instinct Goku
The work of God, here is extreme.
In the decisive battle with Jiren, Goku who became “selfish selfishness”
Completely reproduced! In the additional parts “head of self-interest” trillion “head parts included!
Both forms can be enjoyed! 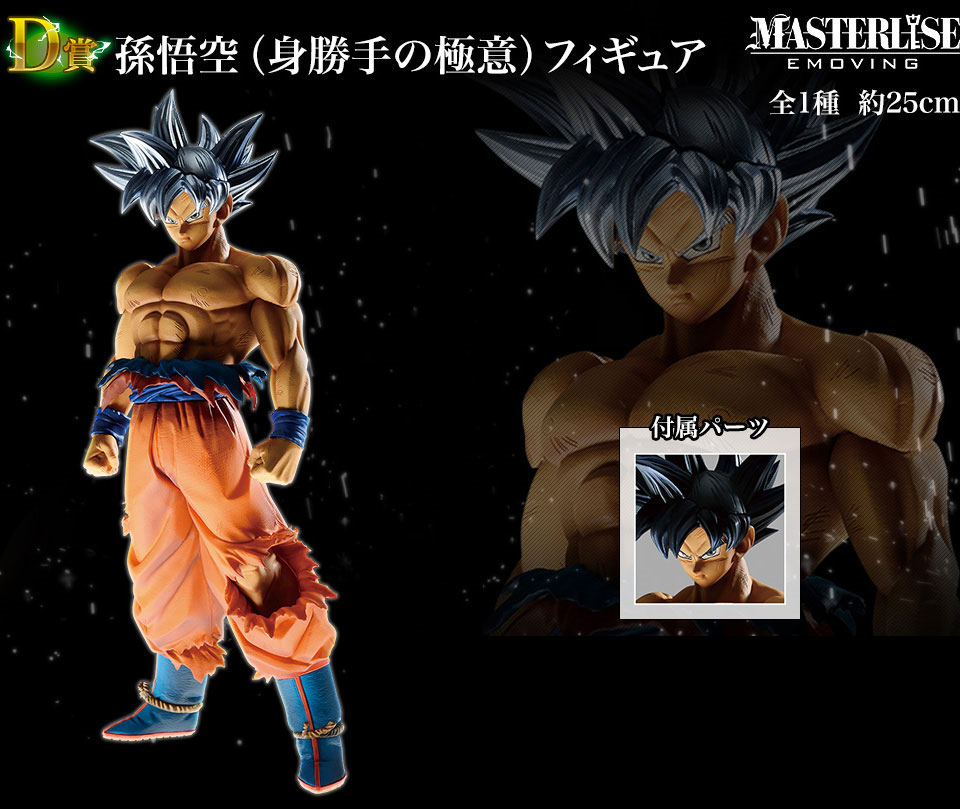 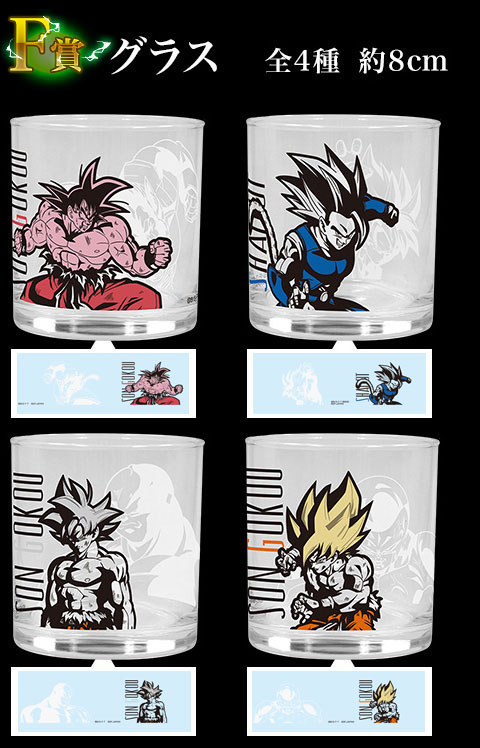 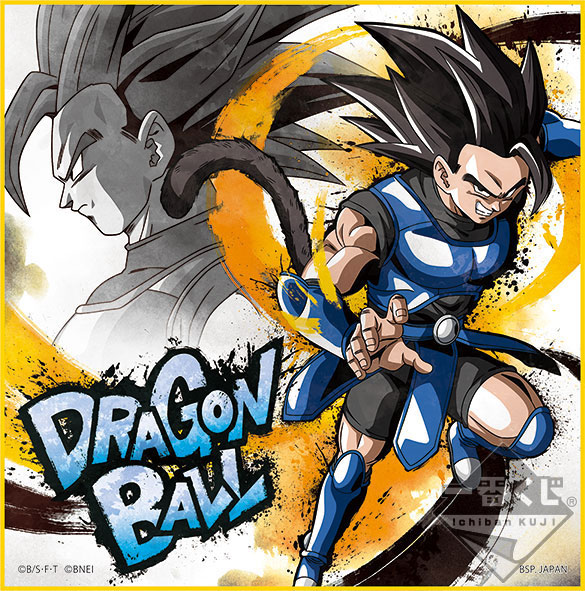 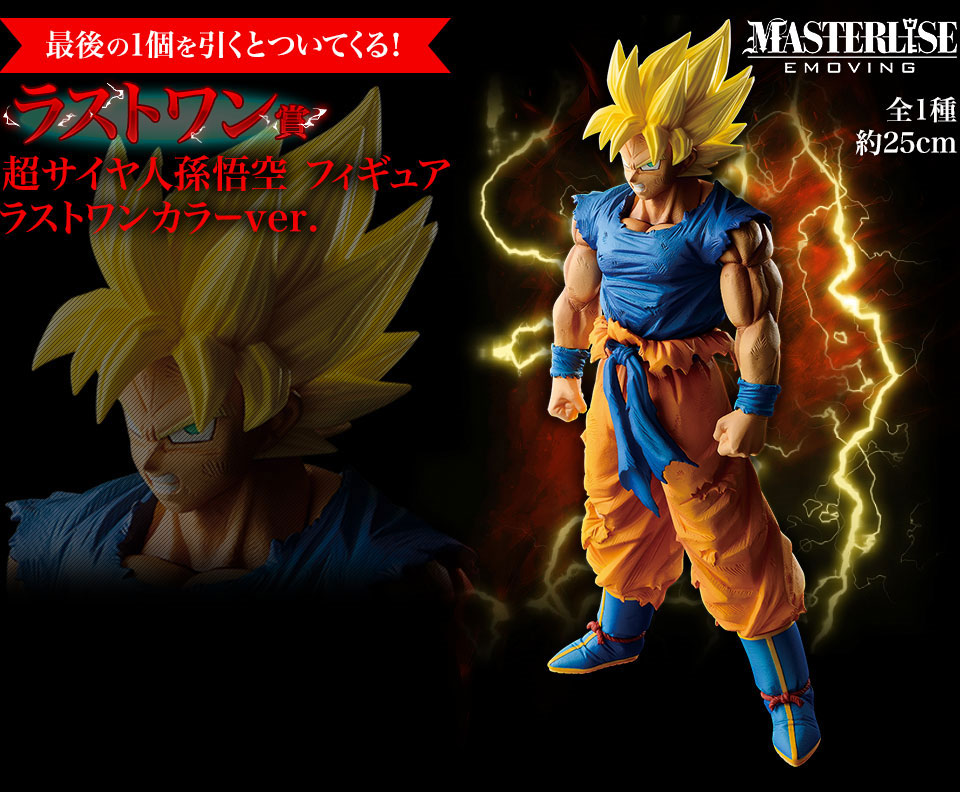