Its the start of another week and to kick it off, we have a short episode of weekly dragon ball news. Main topics for this week is the worldwide Dragon Ball Fighters Z tournament that will begin on Saturday, September 11th (JST). There are three regions of Japan, America and Europe and not only will you be fighting for supremacy but also for points. Top scoring fighters from Mexica, Australia, Brazil, and East Asia regions will advance directly to the World Championship grand finals. I havent played this game in a while, but it is always exciting to see the top players duel each other.

Last week also saw the the release of Dragon Ball SD on youtube. You can watch both episodes here and here.

In the first half of September, Dragon Ball Super Card Game – Special Anniversary Box 2021 will go on sale. This is an America and Europe only release and is not available in Japan. If anyone plays this card game please let us know in the comments.

Finally, you may have noticed a new link in the menu bar above titled Figure Links. I’m thinking of replacing the figure database with this as other sites have the information well organized. I will of course redo the Super Battle Collection, which this site has the most complete coverage. If you find any sites that have complete list of figures, please let us know. 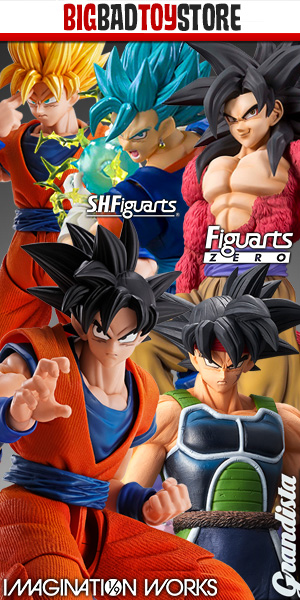