Tamashii Nations revealed a hint regarding their SDCC 2015 exclusive on their official Facebook page today and we think we know what it is! 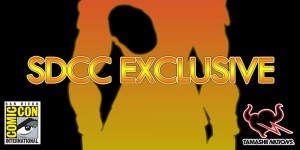 Its been speculated that the SDCC 2015 exclusive would be the Mexican exclusive Goku released just weeks ago and the newly released hint gives credence to that rumor.