Bandai’s Super Battle Collection is one of the longest running and oldest Dragon Ball Z/GT action figure lines in the history of the franchise. It also enjoyed a significant amount of success during it’s run and any time a product sees this kind of success, it becomes subject to counterfeiting.

Like any line of Dragon Ball figures there are purposely implemented ways by the manufacturer in which the consumer can tell if they’re buying legitimate goods. Below we will list the different packaging variants and ways to differentiate between illegitimate and legitimate Super Battle Collection figures. 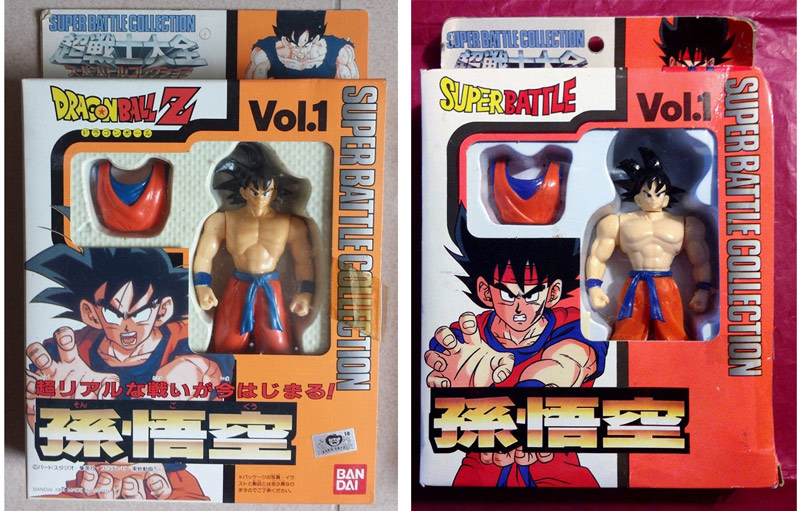 The first figures in the Super Battle Collection line up were actually made in Japan, rather in in China, as the bulk of the figures were afterward. Above you’ll see a legitimate figure on the left and a counterfeit on the right.

The counterfeit figure above and on the right has several discrepancies, which is why I’m using it as an example. Keep in mind there are many fake figures out there and not every single one will have as many tell tale signs that it is a fake as the example above.

Below I’ve provided an image that highlights all of the discrepancies between the two. The two most common discrepancies you will see are the lack of a “Toei sticker” and the lack of a Bandai logo, which are present in the bottom right hand corner of the legitimate figure on the left hand side of the image below. The other discrepancies are more obvious. 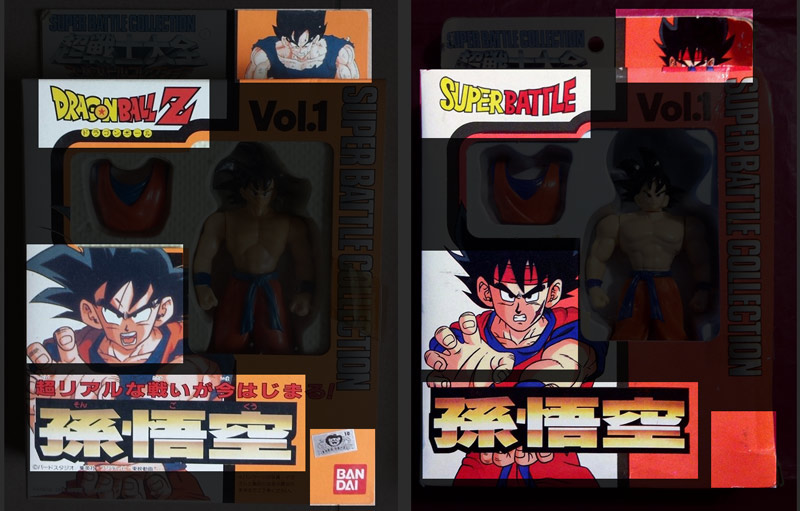 *Note: The 1992 Made in Japan figures are the only figures in the Super Battle Collection that have the Toei stickers.

Made in China (Standard Releases) 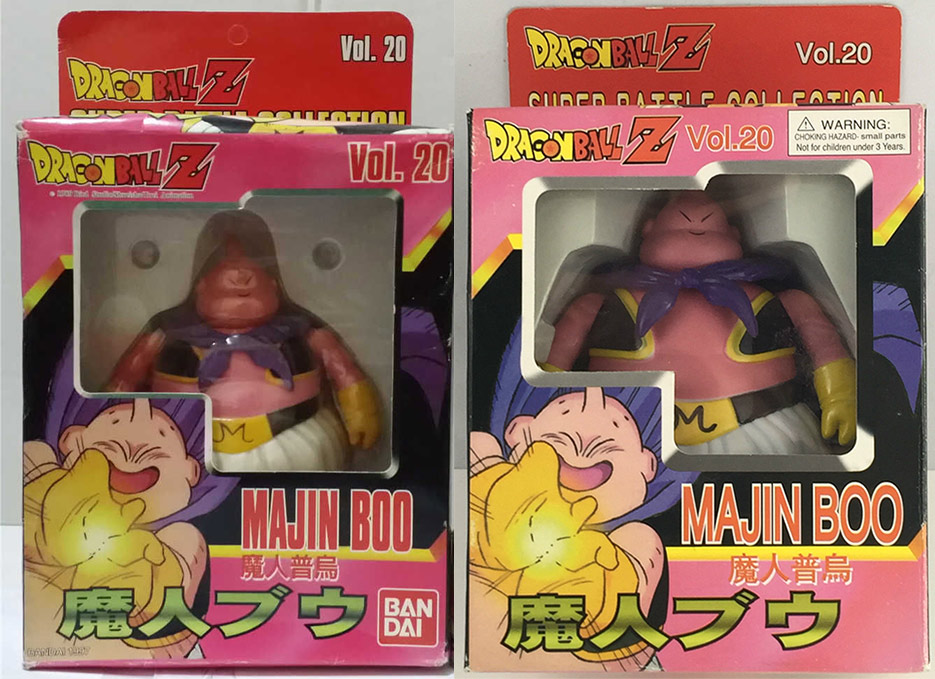 The standard releases not only included reproductions of the original Volumes 1 through 10 that comprised the 1992 “Made in Japan” releases we spoke about above, but also included another 32 releases. This made for a total of 42 total releases, including a very rare “Movie 3 Pack”.

The photo above shows a legitimate figure on the left and a counterfeit on the right. Obvious differences are the lack of a Bandai logo in the bottom right hand corner and the thinness of the texts on the box.

Below I’ve provided a small photo gallery of counterfeit Super Battle Collection releases. As you might notice there are some counterfeit releases that are very subtle about their illegitimacy and there are others that make it pretty obvious that they are fakes.